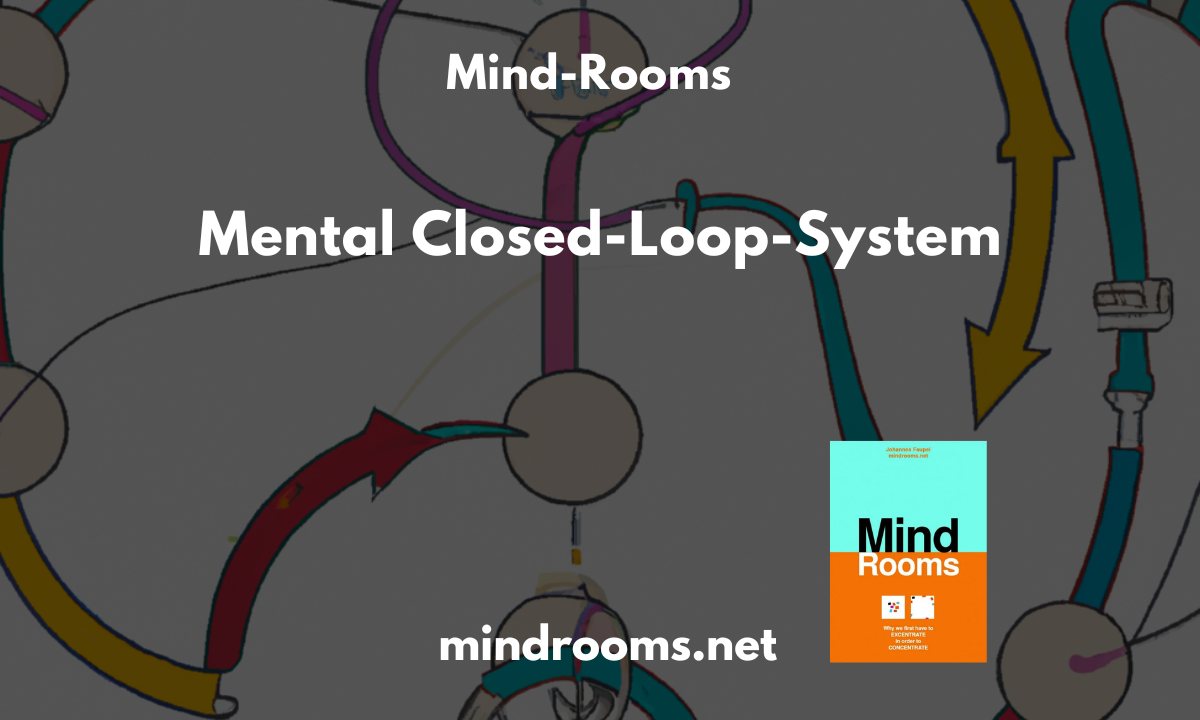 There are closed-loop control systems in medical technology or building services engineering. These systems can be a good model for humans. But first a short explanation of the functional principle Closed-Loop-System in comparison to the Closed-Loop-System:

What is a closed-loop system?

A closed loop system receives feedback on the performance of the system and uses this information to adjust the actions of the system. It compares it’s current performance to a set point or reference signal and account for deviations.
In other words, the closed-loop system automatically corrects its action – based on the information and feedback it receives.

How can we apply a closed-loop system to humans – and why should we do so?

If we transfer the principle of the closed-loop system to humans, we find the aspects of meta-perspective and external perspective.

People who can take an observer position, i.e. observe themselves thinking, acting and feeling, can control themselves:

What is an open-loop system?

Open-loop systems are technical systems. They are trivial compared to closed-loop systems. An open-loop system contains no feedback about its performance or success. It follows a fixed set of pre-programmed instructions (program logic) to respond to user input. A DVD player can serve as an example of an open-loop system. If the inserted medium is not compatible or cannot be read due to a defect, the open-loop system will not explicitly interpret or report this. It will always try to execute the given program logic or display an error message. The open loop system cannot change itself or control itself.

What does the principle of the open loop system mean transferred to humans?

If we transfer the principle of the open-loop system to humans, we recognize the phenomena of thought circling (brooding, rumination, intrusive thoughts) and also patterns of affective disorders.

Individuals who persist in a depressive, anancastic, schizophrenic or psychotic pattern do not interpret the feedback from their own system as “values deviating from the set point and thus to be changed”, but as a disorder or illness.

In the open-loop system of depression, the environment is supposed to provide input that turns off the feedback.

The claim is: My system should run, even if the preconditions are missing. This is an unfulfillable mandate that is unfortunately adopted in this and similar forms by many therapists. This is how endless loops in therapies and “out of therapy” people are created.

An example: The permanent dejection because of the late effects of a trauma reinterpreted as an illness. It is a highly competent achievement of psychosomatic to report a frozen trauma to the person through physical “symptoms” like pain or deepest, stuck grief and panic attacks.

Smart psychotherapists invite their clients to develop a mental-emotional closed-loop system from an open-loop system. Questioning therapists support their clients in welcoming each feedback loop, even if it is painful at first. Only a noticed and intelligently interpreted feedback loop can initiate positive, productive change in the system.

In the thought habitation model, all components of the system, i.e., all thoughts, remain in the system. For example, if a call comes from the workroom that a concept created there is up for discussion, the person is invited to look at the concept or proposed solution and consider it.
If there is more noise coming from the “rumpus room” (that is the room with the intrusive thoughts) than is justifiable, these thoughts can be released to the meadow in front of the thought apartment for relief. Like wild buffaloes, they can run wild there until they settle back into their space after their excursion.

What applies in the closed-loop system – i.e. in the house rules of Mind Rooms?

In the house rules of Mind Rooms (the “thought apartment”), the same applies as in the control circuit of a closed-loop system: All parameters from the complete system flow into the monitoring of the set points.

The set points here include, for example, steady breathing, restful sleep, thriving encounters and interactions with other people as well as one’s own inner parts or sides.

Translated to housekeeping in the mind and psyche, this means:

Take a look at the free reading sample of Mind Rooms.
Then buy it and be happy.